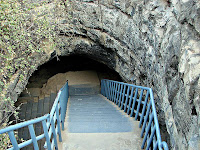 Today Belum Caves is become the favourite tourist spot of India and people from different regions are reaching this place to enjoy the astonishing caves created by nature. Such cave is second largest cave of India known for stalagmite and stalactite creations. The long passages of the caves with spacious chambers and water galleries make it different then normal caves. Visitors will enjoy the deepest point of the cave which is 120 feet inside from the entry level. This point is known as PatalGanga. The word Belum comes from the Sanskrit word "Bilum" which means caves. However, local people call this place as Belum Guhalu. The length of the caves is 3229 metres which gives the second place of largest natural caves of India. 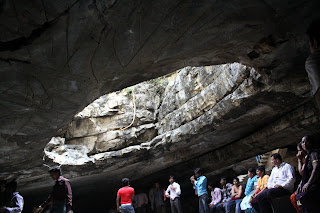 Experts say these caves were originally discovered in 1884 by British inspector Robert Bruce Foote. The German speleologist team headed by H Daniel Gebauer did a full examination of the caves. Though, the local government of Andhra Pradesh declared the caves protected in 1988. Later APTDC managed the caves and developed it as tourist attraction spot in February 2002. Presently this cave is 3.5 km long but only 1.5 km is open for visitors.

A big Buddha's statue near Belum Caves is also a valuable place for visitors. 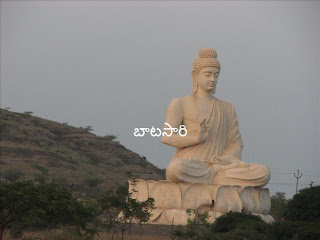 Historical importance: Belum Caves are geographically and traditionally valuable caves. The indications available at this place expresses that Buddhists monks and Jain’s were occupying such caves long time ago. Visitors will be able to watch lots of Buddhists relics inside the caves. However, most of the relics are housed in Museum at Ananthapur. 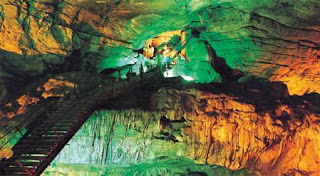 Development of Caves: Earlier these caves were used to dump wastes of the city by local people. It was nearly on demolition stage in 1988 when a Retired Additional Superintendent of Police M. Narayana Reddy took step to protect these caves. Many other residents of Belum Village came together and followed up Government of Andhra Pradesh to change this place into tourist spot. The decision came in favour of Narayana Reddy and government declared these caves are protected tourist place. In 1999, APTDC took over the charge of modifying and managing the caves. 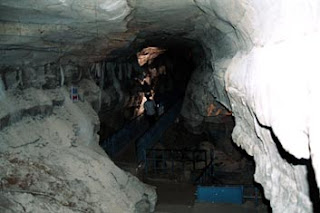 Today these caves are properly managed by APTDC (Andhra Pradesh Tourism Development Corporation). APTDC has created the pathways in 2 km area of the caves. The fresh-air-shafts in the caves created by the authority allow the tourist to take easy breath inside the caves. Visitors will get a canteen, toilet and washroom facilities close to the entry point. 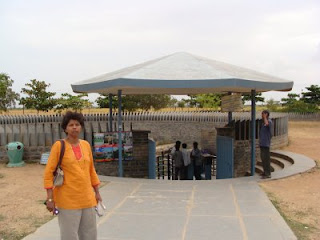 The giant Buddha Statue near a small hill near the Belum Caves is also important place for tourist. This area is known as "Meditation hall" as it was used by Buddhist Monks in ancient time.

Kotilingalu Chamber: This area is having stalactite formations of Shivling (Lord Shiva Linga). The thousands of stalactite at this area increase the beauty of this place. The huge pillar created due to stalactite and stalagmite is one more special to watch. 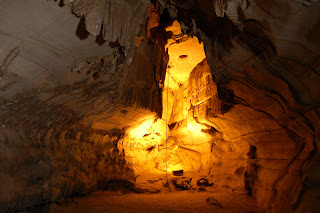 Patalganga: the small permanent stream that evaporates into the deepness of the earth is also special. The flow of this stream is from the southeast to northwest.

Musical Chamber or Saptasvarala Guha: this means chamber of 7 notes which reproduces musical sounds. Visitors can use wooden stick or knuckles to create music. 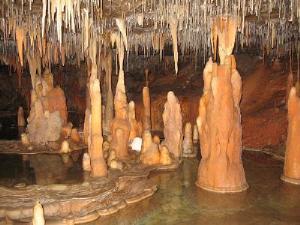 Meditation Hall or Dhyan Mandir: This area or spot is close to the entrance. The view of the hall is like a bed with pillow to lounge, though it was used for meditation by the Buddhist. 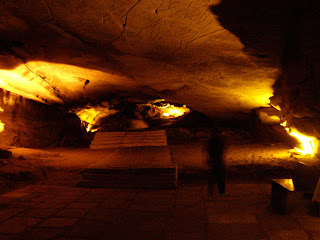 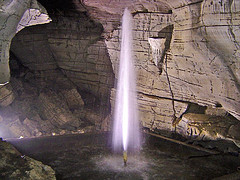 Closest towns of Belum Village are Tadipatri situated at 30 km distance and Banganpalli located at 20 km distance. Tourist will get the easy booking in hotels for accommodation.

Some major cities near the Belum are Kurnool which is 106 km away and Ananthapur which is just 85 km away. The accommodation and food services are best in these two cities so visitors can prepare to stay in any of these cities for better hospitality.