A place that is famous for fort of Rajasthan is our next destination. Kumbhalgarh is the Mewar citadel place in Rajsamand region of State Rajasthan, India. This Indian tourist place is popular as World Heritage Site because of amazingly constructed Hill Forts in the state. Maximum citadels are constructed in 15th century by King Kumbha. However, all forts were completed by the end of 19th century so the place is named after King Kumbha as Kumbhalgarh. If we go through history of this tourist place of India we will find that many big rulers of nation got birth in this place. One of the big names is Maharana Pratap who was the great emperor and fighter of Mewar. Presently fort is open for the visitors and is enormously lit for few minutes in the evening. Some people identify this place as Kumbalgarh too. The town is located at 82 km distance from Udaipur that is another big tourism spot of Rajasthan. For Mewar empire Kumbhalgarh fort is most important place after Chittaurgarh. 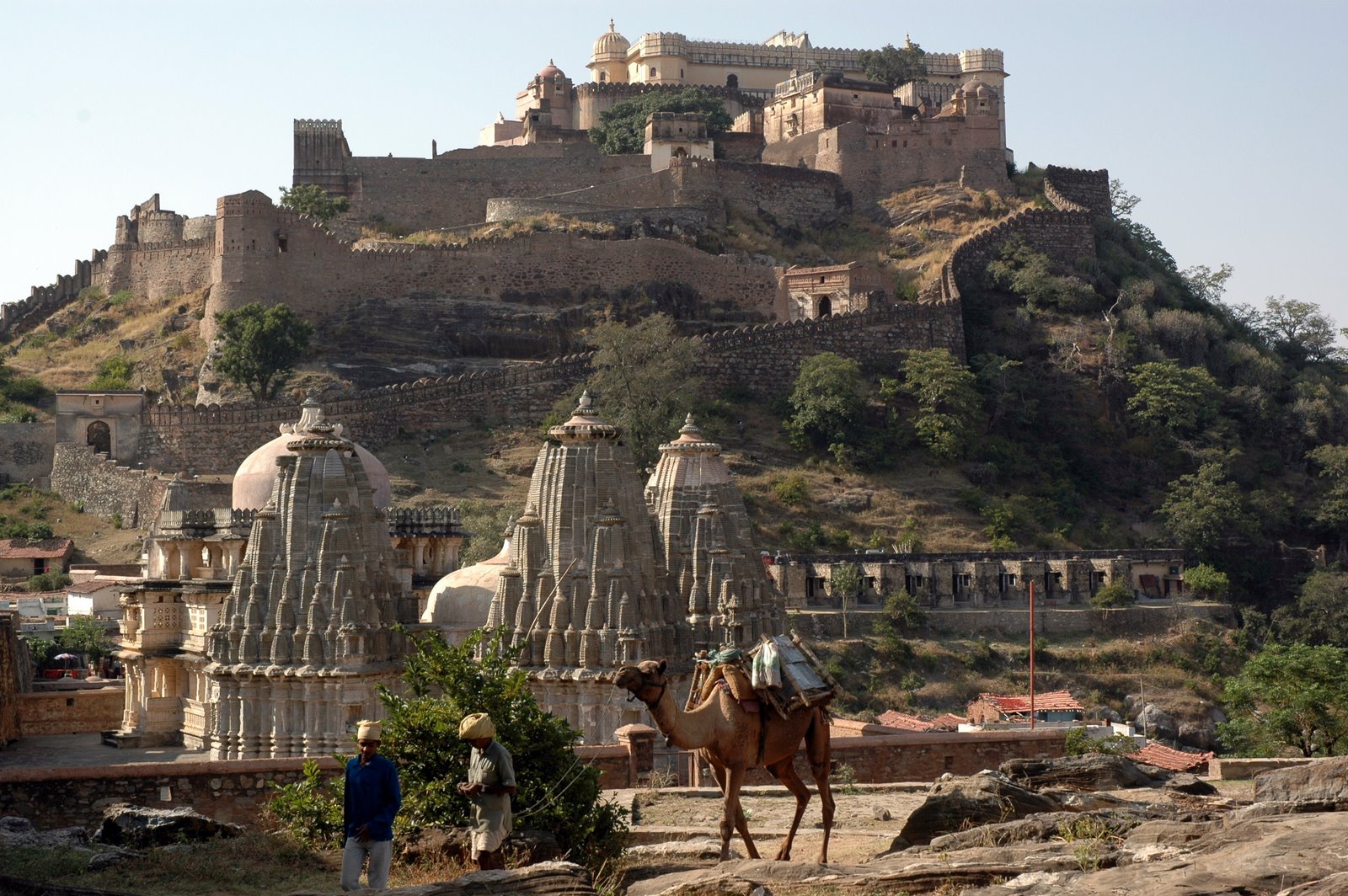 The town itself is having beautiful natural spots and amazingly constructed temples. For fort you have to reach the hilltop of 1100 meters from the sea level. Its walls are extended 36 kilometers route and front wall is 15 feet thick. There are 7 fortified gateways in Kumbhalgarh. You will be surprised that nearly 360 temples are constructed inside the fort area in which 300 shrines are ancient Jain temples. Once you reach the top of palace you can easily view the high ranges of 10 Kms of Aravalli Mountains. 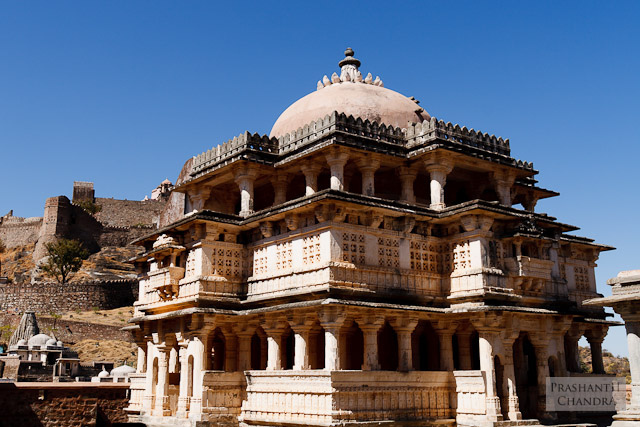 Historical background of city:
As per legend the king Kumbha was unsuccessful to built walls of the fort. Later he consulted the spiritual preceptor and was told for voluntary human sacrifice to solve the impediment king is getting for construction. That spiritual advisor also said to construct temple and the human sacrificed head should fall in that temple. A solider from his army came in front for this sacrifice. After his death a temple was constructed in such area and named as Hanuman Pol. You can find the temple at the entrance part of the temple. 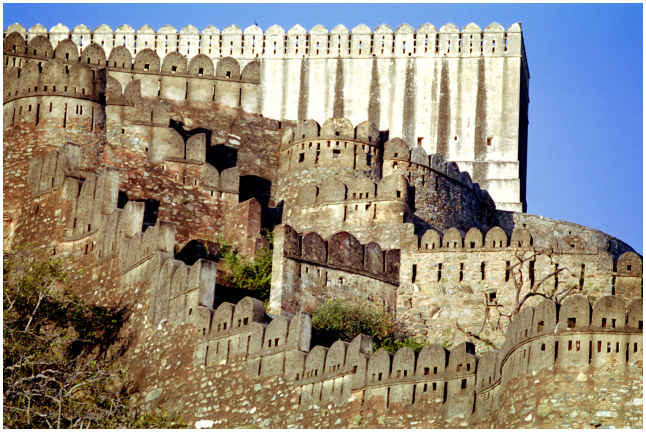 Rana Kumbha was supportive king for local people. He gave all support to people for their welfare. During the construction of fort wall he used massive lamps for light and consumed 50 Kg ghee and 100 Kg of cotton. According to records wall of Kumbhalgarh fort is 2nd largest wall in whole Asia. 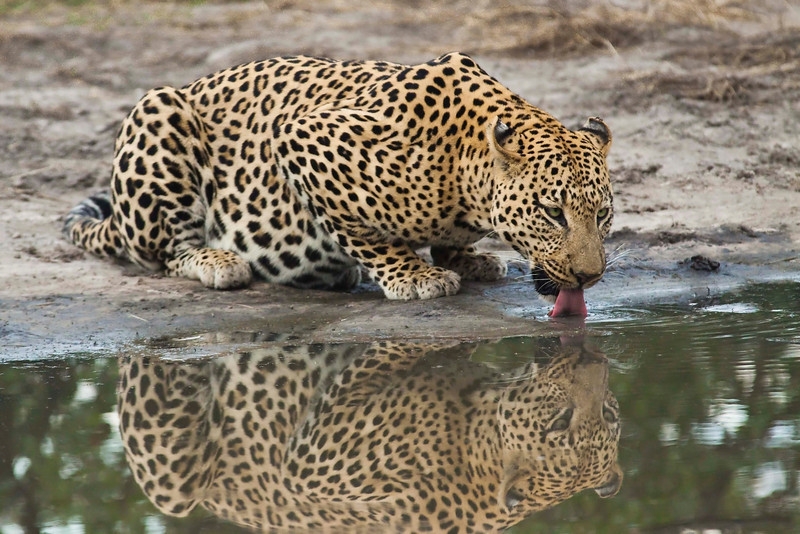 Kumbhalgarh Fort: with nominal entry charges you can visit the Kumbhalgarh Fort which is next prime location of town. The fort is constructed closer to Banas River surrounded with 13 hill peaks. Watchtowers and curved bastions are important areas of the fort constructed by Rana Kumbha in 15 years. 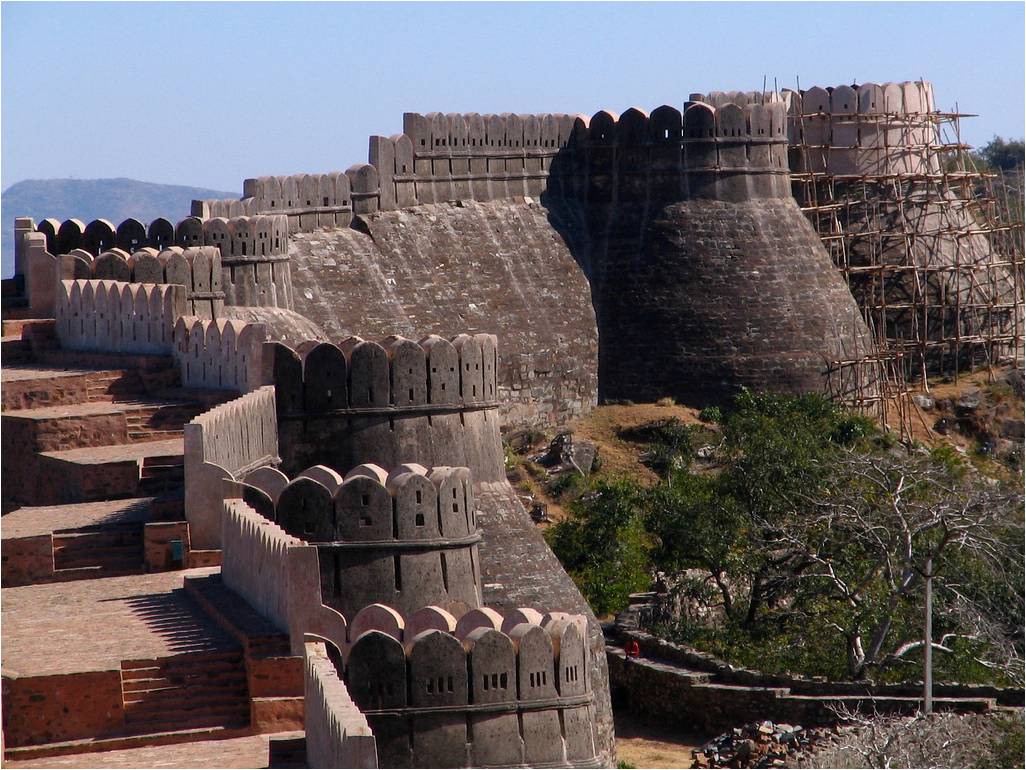 Ranakpur Jain Temples: Jain temples are always special in the world because of their structural designs. If you have planned your trip to Ranakpur Jain mandir then you have to cover the distance of 50 km from central Kumbhalgarh city. Route map and guide are available for this place. Travelers can get the details of route from Vanpura and Saira. These are ancient temples of India begin construction in 1438. 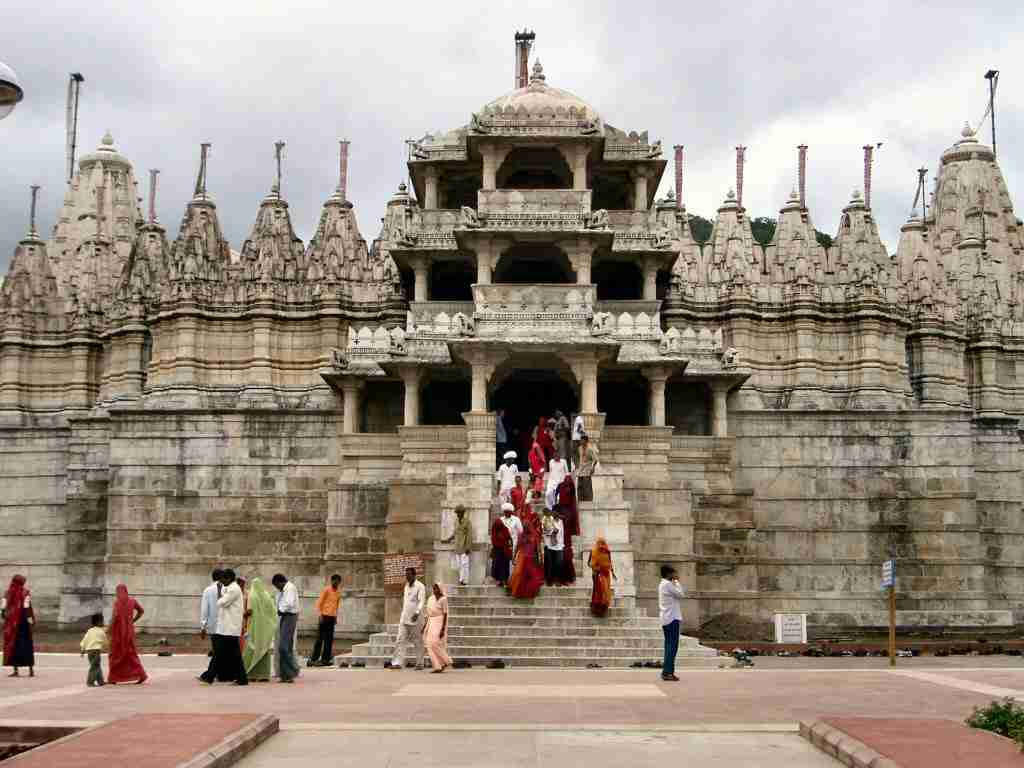 Badal Mahal: Next location for travelers is Badal Mahal that is a palace of clouds located on top of Kumbhalgarh Fort. It’s a two-story building divided in two unified portions such as Zanana (ladies) Mahal and Mardana (gents) Mahal. 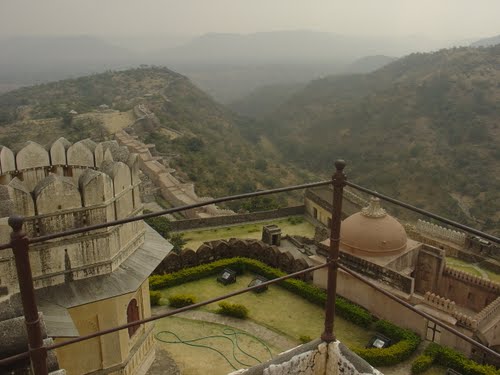 Vedi Temple: Shrines are always special destinations in India and Vedi Temple is one of the temples located closer to Hanuman gate of Fort. It is 3 stories Jain temple constructed by Rana Kumbha to honor the sacrifice of pilgrim. Maharana Fateh Singh renovated the temple during his ruling period. 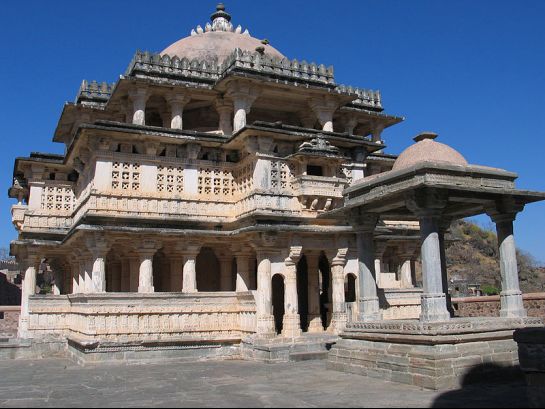 Muchhal Mahavira Temple: a shrine located inside the Kumbhalgarh Sanctuary at 5 km from Ghanerao is next spot to attain. Idol of Lord Mahavira is major attraction of this temple. The special part of the idol is there is mustache on face of Lord Mahavira.

As described earlier there are countless temples in Kumbhalgarh and few more important shrines are Parshuram Temple, Neelkanth Mahadeo Temple and Mammadev Temple. In late 1460 a temple and kund was constructed by Rana Kumbha. This shrine is placed on down area of the fort with four slabs.

By Bus: Rajasthan roadways are popular in India for their services. However, route to reach destination is little difficult because of surrounding hills and thick forest. Closest bus stand for our destination is Nathdwara also known as Shrinath Ji. Distance between Nathdwara and Kumbhalgarh is just 36 km. One bigger road hub for this wonder place is Kakroli located at 64 km distance.